Last week I was so super excited about this challenge. I was able to complete Day 1! That was amazing! I’m going to rock this!

And then it umm, got really hard? I finished Day 2 ok, not quite as strong as Day 1 but I got through it, I felt hardcore. And then Day 3 happened. I was supposed to follow this workout:

OK first of all, woops. Once again my ability to READ is getting in the way of things. I just now noticed for Day 3 I was supposed to rest 2 minutes between reps, not 1 (I had typed 60 seconds between reps above, but then noticed the website said 120 so I fixed it). Not suuure that would have made a huge difference, but I’m going to go ahead and say it was the reason I had so much trouble. Because man I had trouble with this. I think what I ended up doing was 4-5-3.5 and then since I could only manage about 1 real pushup for the last one, I started doing modifieds and did about 10. Then I tried to do real ones again, and did about 1. SAD FACE. 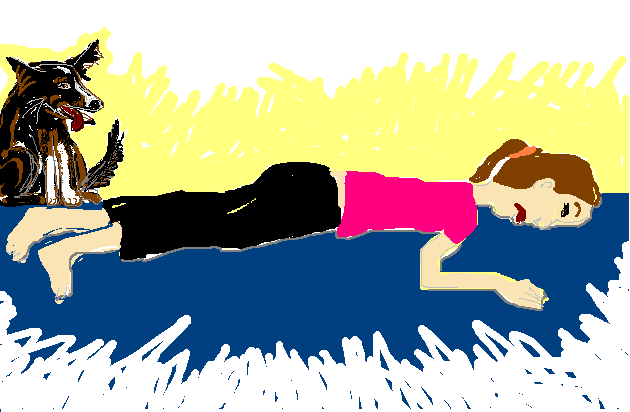 Week Two is off to a similar start unfortunately. Yesterday afternoon I tried doing the Week 2 Day 1 workout, which is 4-6-4-4-max, managed the first rep of 4 and then basically fell over. Did a few reps of modified push-ups and then sulked on the couch for a bit.

Yes I had already worked out that morning, and you’re supposed to be fully rested before doing these push-ups. But! Still! Frustration!

I chose to make myself feel better by blaming the system.. How am I supposed to go from being able to do 1 push-up, to doing all these reps, in a matter of a week? Tomfoolery! Shenanigans! Huffinpuff! But then I had to admit that the program even says, if you struggle with a given week, you just have to repeat it until you can get through it.

SO I think I have to go back and do Week 1 again, which I even told myself I might have to do, way back when I was starting this and assumed I would be able to do zero. But I got cocky after the success of my first day of the challenge and now I just want to magically make my way to 100 push-ups in six weeks! Le sigh.

Tomorrow, I will repeat Week 1 Day 2, and see how that goes. How are you all doing?

This entry was posted in 100 pushups challenge, doodles, fitness. Bookmark the permalink.